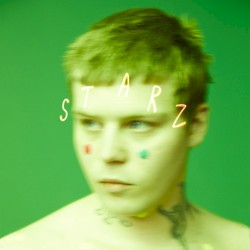 In part, that's thanks to production entirely from long time collaborator whitearmor - they kept the sessions intimate and secluded, recording partly in an old ballet hall in the Swedish countryside.

But this is an album only Lean could make, as a young veteran, with a sound and career that's well-entrenched globally but still doggedly, even perplexingly, on its own planet.

More Items From Yung LeanSee all