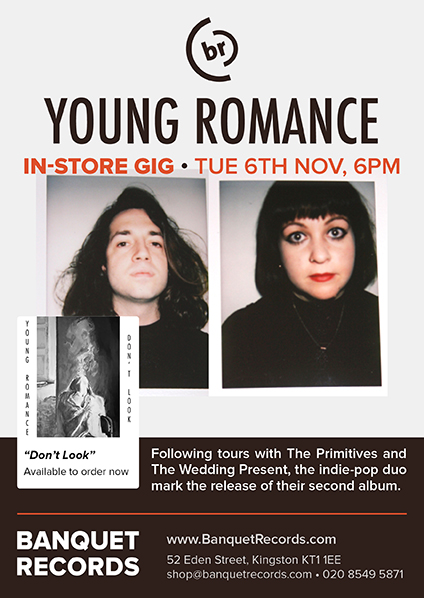 Celebrating the release of their new album, Young Romance play in the shop. Don't Look marks the second full length release from the indie-pop duo that follows on from their 2016 debut full length Another's Blood. They've had a busy couple of years since, heading out on tours with the likes of The Wedding Present and The Primitives. We're super excited to be releasing their album and having them play in the shop again.

Recorded in a studio on an island in the Thames, the second Young Romance record sees the band experimenting with a more visceral and raw sound. Written primarily in their West London rehearsal space, the songs aim to capture the high energy of New York punk and the pop sensibilities of 60's girl groups.

Priority will be given to anyone who orders a copy of Don't Look from us.

More Items From Young RomanceSee all 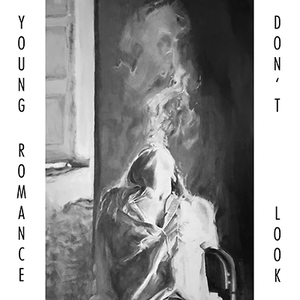 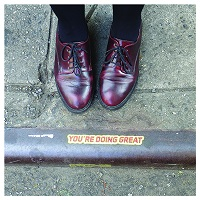 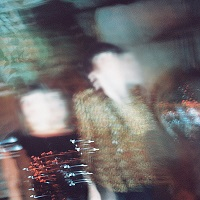