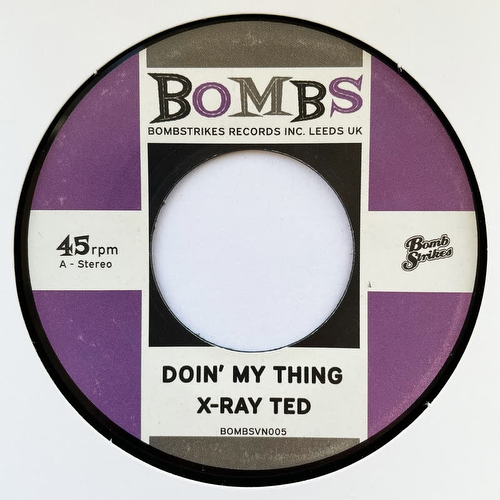 Doin' My Thing / Tribute To The Original Artform

Hold tight, this one packs a serious Funk punch! Bristol beatsmith X-Ray Ted returns with 'Doin' My Thing', an up-tempo testament to his ethos of creating something modern out of something old. Emphasising the fun of Funk, the rolling breaks provide the foundation for sublime horn hooks, flute, and THAT infectious vocal which stays with the listener long after the track has ended. Equally at home in a club, house party, or even the radio, it could be X-Ray Ted's strongest outing to date, showcasing why he has been picking up continued support from Craig Charles, BBC Radio, and more. Over on the flip, 'Tribute To The Original Artform' is a Cut 'n' Paste masterclass, tipping its hat to a classic track and a scene that continues to influence X-Ray Ted's approach to music. Another outstanding 7 in the ongoing Bombstrikes series of 'Bombs'.