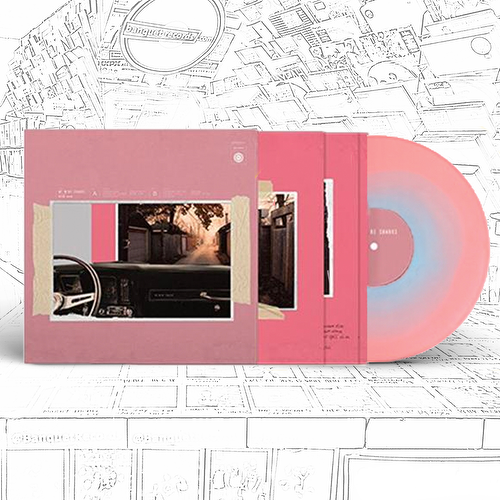 Due to the increasing production delays for vinyl, this release is expected to be here in January.

The new full length album from the awesome Canadian punk-rockers We Were Sharks. Huge and heavy-hitting pop-punk bangers for the fans of State Champs, Neck Deep and Seaway.

“New Low is a collection of songs that we created that focuses on being down but not out. Since the release of Lost Touch, we’ve experienced many of life’s ups and downs. We’ve lost relationships, friends and family, and have gone through a lot of unexpected challenges that life has a tendency to throw at you when you least expect it. However, no matter what may have tried to keep us down or hold us back, we always take the hit and keep pushing forward.”

He continues on the new single, “‘Problems’ could be considered a typical song about a relationship. It’s about being with someone and passionately loving one another, being angry with one another, and overall, being stubborn. In the heat of the moment, we find ourselves saying things we never genuinely mean, and that’s where ‘problems’ can usually start. It’s not that the love between one another is gone, even when it sometimes feels like it; instead, it’s about needing to be heard.”

We Were Sharks’ flippancy is a breath of fresh air in the face of a pop punk scene that’s very self-serious (and seriously lacking self). While many of their peers wax poetic about wearing their hearts on their sleeves, this Ottawa band wears their wit in their moniker; they literally were a band called Sharks until legalities threatened to stop the party.

As It Is I Went To Hell And Back Concord