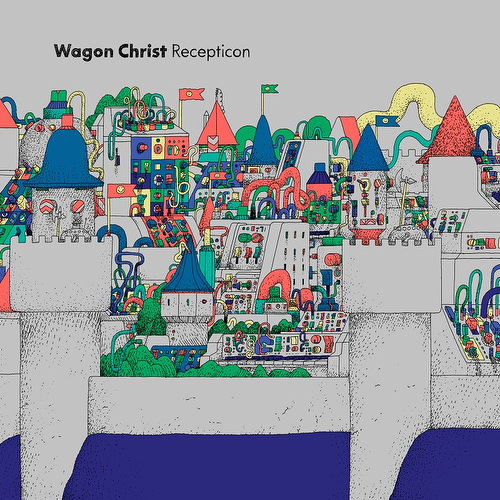 'Recepticon' is a collection of 14 new songs by the prolific UK Producer Luke Vibert under his legendary alias, Wagon Christ. Packaged up with stellar new artwork by his old Cornwall mate Celyn Brazier. 'Recepticon' is here to save 2020.

The ever prolific electronic music producer Luke Vibert brings back his legendary, decade dormant and hugely influential original alias, Wagon Christ for a very special new full-length album, ‘Recepticon’. The first Wagon Christ LP in nearly a decade. The Cornwall, UK native has been at the forefront of electronic music for the last 25 years, earning him a cult-like following for his many recording aliases such as Wagon Christ, Amen Andrews, Kerrier District, Plug, Spac Hand Luke, Ace of Clubs, Luke Warm and of course releasing music under his own name, Luke Vibert. Known for his steady output of excellent and highly influential releases on respected record labels such as Rephlex, Rising High, Warp, Planet Mu, Mo’ Wax, Ninja Tune, I Love Acid, Astralwerks, Nothing, and Hypercolour. People of Rhythm Records are again ever humbled to collaborate with sir Luke on our next release and we do not take the task lightly to be able to get this new Wagon Christ ‘Recepticon’ out for all to hear (it’s been a personal mission over here). Vibert’s classic Wagon Christ moniker has been a key figure in pioneering and developing the “trip-hop” or “downtempo” genre of electronic music early on in his storied career. Creating and sampling various instrumental hip hop or funk tracks, found electronic sounds, more breakbeats all mixed as an audio collage of spoken word samples, carefully mined sound bites, Luke’s signature sample pack and all bound together with those thick Wagon Christ solid grooves. ‘Recepticon’ follows the same winning pattern Vibert is widely known for, dropping mind warping sampladelic tunes with a certain funk.

Packaged on yellow vinyl with new artwork and visuals by Celyn Brazier who has previously designed the last Wagon Christ releases on Ninja Tune and Astralwerks/Virgin. From a Moog castle of sorts on the cover and featuring an epic gatefold center depicting what Brazier calls an “A (ridiculous) battle of music. The mechanical armies of acid house vs the Bayreuth classical orchestra and cast. The interior is a nod to Uccello’s Battle of San Romano. Basically, hordes of mechanized music are waging war on classical music. Luke’s Wagon Christ work is always a massive clash of styles and sounds with a good dose of madness, which seemed to fit with my idea”. 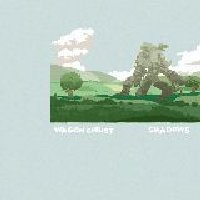 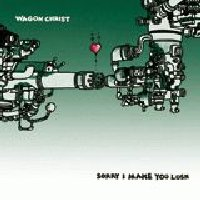