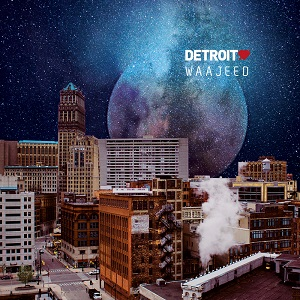 For the third instalment of Detroit Love’s acclaimed mix series, none other than Dirt Tech Reck label boss and Slum Village co-founder Waajeed steps up for a 20-track mix paying tribute to the margins of Detroit and beyond. Detroit Love Vol. 3 is out November 15th as a joint release with !K7.

Hot on the heels of Carl Craig and Stacey Pullen’s mixes, Waajeed's tells a highly personal tale of the Detroit spirit, of someone living and breathing its culture since a young age. Having grown up to the sounds of Roy Ayers, Kraftwerk and Funkadelic, cultivated his sonic profile alongside J Dilla as part of Slum Village, Waajeed launched his own Dirt Tech Reck label that veers towards more dancefloor-focused tracks. And even though Waajeed’s sound has gone through a multitude of changes over the years, his cautious understanding of the symbiosis between soul and grit has always remained true to its Motor City roots.

For the mix he calls upon a number of his most respected contemporaries, forging an authentic blend of genres spanning familiar grooves and a slew of unheard exclusives. From Patrice Scott and Doc Link to LADYMONIX and DJ Rimarkible, Detroit Love V o l. 3 blends the old and the new, the jazzy and the industrial, bound together by their idiosyncratic nods to the city’s legacy.

The vinyl release will include an eight-track package featuring many of the new and exclusive tracks from the compilation, including unheard material from Roddy Rod, Damon Bell and Teflon Dons amongst others.