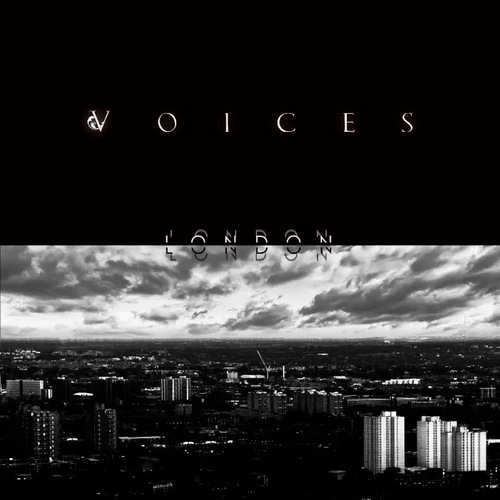 Voices was formed in 2011 by David Gray, Sam Loynes, and Peter Benjamin following the break-up of Akercocke. In 2012, Voices signed with Candlelight Records. The band released its debut, From the Human Forest Create a Fugue of Imaginary Rain in 2013.

In 2014, Voices released the concept album London. The album was once again heavily influenced by a film, in this case the 1999 movie The End of
the Affair by Neil Jordan. Peter Benjamin observed that, "With the second one, we thought a lot about where we wanted it to go, with the narrative as well, adding that kind of depth." He described the concept as based on the "real experiences and twisted obsessions from our dark city" that is designed to blend "an intense yet euphoric beauty" with "the terrible, the poisoned and ugliness of London life. Bitter, cold, jealous and alone."

David Gray described the concept of London as the story of a lonely soul in a busy city and the effect it can have on your personality – human interaction or the lack thereof and the dilemmas of an impecunious pseudo hero desperate and alone. His mental illness feeds his obsession with a prostitute, an Eastern European model who dreamed of moving to London and being an actress. Their tragedies collide in the dark, wet streets of South London where sometimes suicide can be a serious option."

Available for the very first time on vinyl and mastered by Gomez (Paradise Lost, Ulver)

FOR FANS OF: Deafheaven, The Cure, Japan