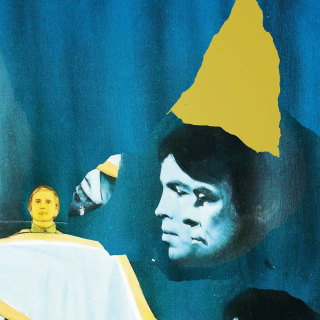 While on tour with the Biffy, Vennart created first vocal melodies and fragments of songs in hotel rooms around the globe, which at a later stage were transformed by Steve Durose (Oceansize) into actual demos. Recorded at Vennart’s own studio with Durose, Richard Ingram (Oceansize), drummer Denzel and mixed by Mark Williams – who previously produced 2004’s “Music For Nurses” EP by Oceansize – “The Demon Joke” impresses with Vennart’s emotive and captivating voice as well as many musical twists and turns. Catchy pop song arrangements radically switch into noisy heaviness, electronic passages are torn apart by rocking riffs whereas a track such as “Don’t Forget The Joker” stands out as soulful, quiet highlight. “The Demon Joke” is an unpredictable, inventive album and thus a perfect representation of its creator.

Dead Heavens Whatever Witch You Are Dine Alone