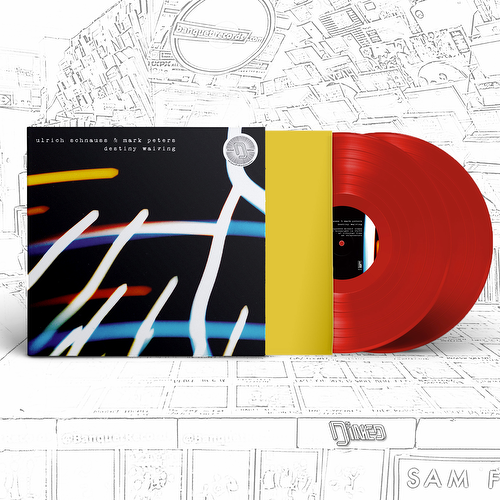 LP + 12" red Dinked Edition: these are limited to 1 per customer

"Dinked Edition" is on 'red' coloured vinyl, includes an exclusive bonus 12" EP, packaged in a gatefold sleeve. Numbered /500. For avoidance of doubt, the centre is a standard spindle size, and not dinked.

The new album by electronica producer Ulrich Schnauss and the Engineers guitarist Mark Peters 'Destiny Waiving' is released on via Bureau B on September 24, 2021.

Hailing from Kiel in North Germany, it's now 20 years since the electronica prodigy Ulrich Schnauss released his debut album. His second, 'A Strangely Isolated Place' cemented his reputation as both a pioneer and an artist who routinely creates inspirational music that is adored by many. As a full time member of Tangerine Dream since 2014, his lifelong passion for their work inspired a creative resurgence for the band, resulting in their most successful new album for over 30 years, 2017's 'Quantum Gate'.

Liverpool born guitarist (and founder of the dream pop outfit Engineers) Mark Peters shared a similar musical path, exploring ambient textures and effect laden songwriting via a series of blissful albums for the band. In 2017 he released his first solo album, 'Innerland' which was enthusiastically received by BBC6 music and later included in Rough Trade's top ten best albums of 2018.

'Destiny Waiving' completes a collaborative trilogy that began with 2011's 'Underrated Silence' and followed by 2013's 'Tomorrow Is Another Day' (Schnauss also became a full time member of Engi-neers at this time). Initial sessions began at Ulrich's East London home studio in early 2017 and final mixes where completed there in late 2020. Despite it's extended conception, most tracks where com-pleted during 2017, in part informed by improvisational sets in London, Dublin and St James' Church in Birmingham (as part of the Seventh Wave electronica festival).

Despite these exercises in exploration, 'Destiny Waiving' is perhaps the most focused and concise collection of all three releases. Ranging in tone from precognitive foreboding to soaring optimism, the album delicately hones a particular atmosphere that is unmistakable in their work.

While track titles such as 'The Supposed Middle Class' acutely display a concern for society at large, compositions and performances reveal a great deal more light and shade. This inherent balance is a key facet of the duo's chemistry, signposted by the titles of 'Chiaroscuro' and 'Clair-Obscur' and the shifting moods within the tracks. For every rushing, upward sweep (Hindsight is 20/20, 'Circular Time'), contemplative countering is evident in tracks such as 'Words Can Be Dismissed' and 'So Far', 'The Moment'.

As we're all tired of hearing now, the global situation in 2021 is less than ideal, but if it's any consolation, Ulrich and Mark have fulfilled their destiny by creating a work that's both undeniably potent and endlessly immersive. 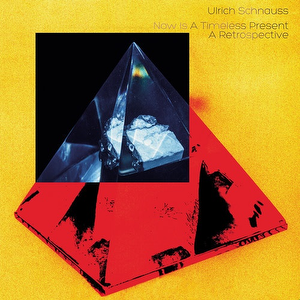 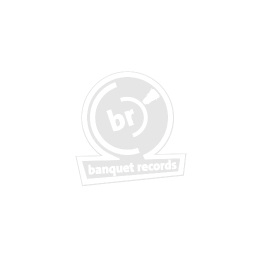 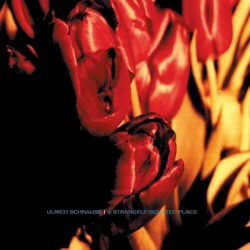 The Lathums How Beautiful Life Can Be Island Signed