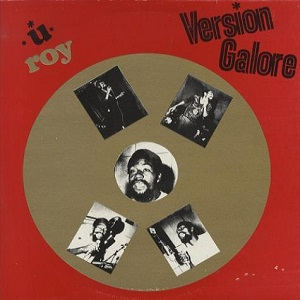 “All of a sudden, Jamaica awoke one morning and U-Roy was everywhere…” So read the original liner notes to this classic reggae LP, which originally hit in 1971 and washed over the island like a grooving tropical storm. U-Roy was a true reggae pioneer, dubbed The Originator for good reason. Bursting onto the Jamaican scene in the early 1970s, he pioneered the vocal approach called “toasting,” which in addition to bringing Jamaican music into a new era, was also heavily influential on an American vocal style also in its infancy: rapping. This full-length, his first after a string of singles (mostly on the Treasure Isle and other Duke Reid labels, run by the famed producer and studio owner), rolls like a crazy party where a wobbly, but talented, “master of ceremonies” grabs the mic and won’t let go. Speaking over and around songs that already have straight-ahead vocals on them, U-Roy shows the world why he is considered an iconoclast and trailblazer. In all honesty, there are few standouts on the album since they all run a similar course, and all are captivating in their own way. Modern listeners will especially note “Tide Is High,” originally by the Paragons (featuring dulcet-toned vocalist John Holt) and recorded later as a 1980 smash hit by Blondie. Each track here is a new adventure, and while U-Roy’s approach might take some getting used to, it will eventually capture your ears as it did the entire island ofJamaica in the ‘60s and ‘70s. Sit back, drop the needle, and enjoy.

More Items From U Roy

U Roy I am the Originator Kingston Sounds LP 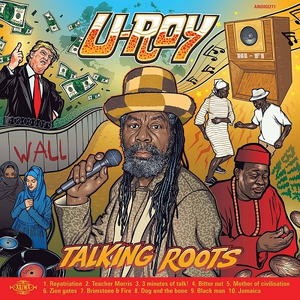