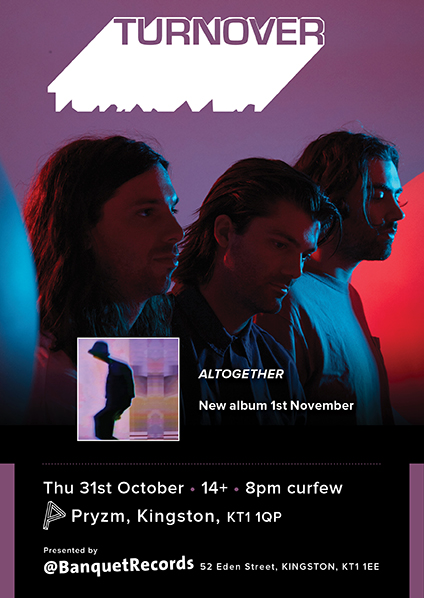 The night before their new album is released, Turnover play at Pryzm.

The fourth full length album from the awesome dream-poppers is titled Altogether, following on from 2017's Good Nature and pushing their sound more towards psychedelic and beach-indie styled sounds. They haven't played in Kingston since 2014 and we're super excited to have them return!

‘Altogether’ demonstrates the band’s eclectic mix of personalities from the very start, opening with a lo-fi, jazzy intro that quickly gives way to the driving drums and delay-drenched guitar of “Still In Motion.” Like much of the album to come, the song is a meditation on change and perspective, on learning to quiet your mind and appreciate the moment before it’s gone. The bittersweet “No Reply” reckons with guilt over failing to be present with a loved one, while the effervescent “Much After Feeling” recognizes the sacrifices we make to stay connected across geographical distance, and the breezy “Parties” grapples with the kind of self-consciousness that can leave us prisoners of our own design.

CD/ticket is £12 post-paid, and other formats and combos are available.

This treat of a show will run earlier than usual so you can still go Halloweening afterwards.

More Items From TurnoverSee all 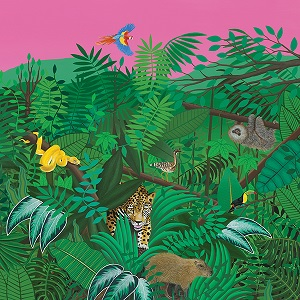 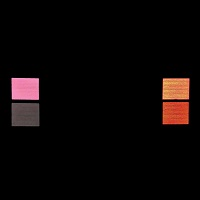 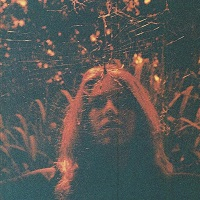