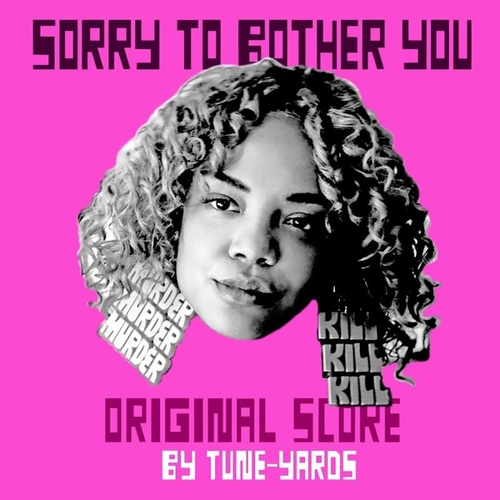 Sorry To Bother You (Original Score)

Tune-Yards’ original score for Boots Riley’s acclaimed 2018 film Sorry To Bother You (starring Lakeith Stanfield and Tessa Thompson). Tune-Yards’ score for the surrealist social satire film has been praised by Billboard as “a simultaneously erratic and ecstatic medley of instruments and vocal layering.”

Tune-Yards’ score album follows the 2018 release of Sorry To Bother You: The Soundtrack, by The Coup. Director Boots Riley described the score as “the film's musical voice” and explains the difference between the score and the soundtrack: “The characters can't hear [the score]; the soundtrack, the characters can [hear].” The score also includes dialogue samples from the film and four bonus tracks never before heard in the film. The bonus tracks feature up-and-coming Oakland artists including Chhoti Maa as well as Lyrics Born and Lateef the Truthspeaker.