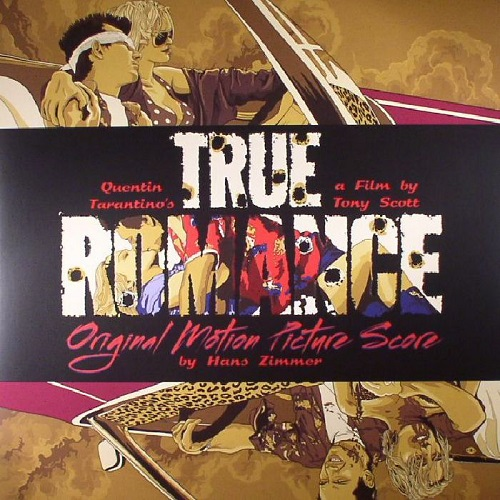 LP grey + 7"
£29.99
Add to cartBuy now
This item hasn't been updated for over a year. We believe the item to be in stock, but that might not necessarily be the case.

LP on gunmetal grey with a bonus purple cadillac 7".

Recorded on a budget of nine musicians (after being told the plans for a full orchestra had to be scrapped due to director Tony Scott going over budget), Hans Zimmer's True Romance score features percussion instruments xylophones and marimbas to create innocent noise, a reflection of the lead characters - Alabama + Clarence Worley - in the violently dark comedy written by Quentin Tarantino.

German film score composer and record producer Hans Zimmer has composed over 150 film scores in his vast career, some of which include Crimson Tide, The Dark Knight Trilogy, Gladiator, The Lion King, The Pirates of the Caribbean series, and True Romance. This carefully mastered score will bring you back to the innocence and the intensity of the film, which fans had only been able to experience by watching the film in the theater or in their homes.