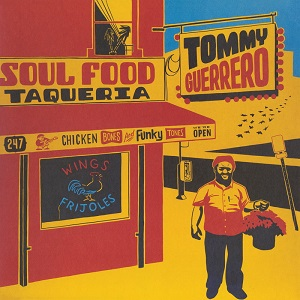 It's rare that a certain sound is entirely an artist's own. Although undeniably a stew of impeccable influences – from blues to folk to Latin to dusty funk, soul and hip-hop – one cannot hear a Tommy Guerrero song without immediately recognising it as his - and his only.

Soul Food Taqueria continued Guerrero's guitar soul but represented a step forward with its polished production and greater complexity of instrumentation. Denied the promotion it deserved upon release, it flew under the radar. It is now the most wanted record of his wondrous back catalogue.