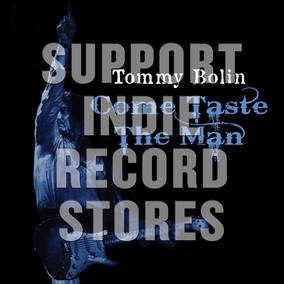 LP import: these are limited to 1 per customer.

Celebrate Record Store Day with the legendary rock guitarist Tommy Bolin with this incredible musical sampler ''Come Taste The Man'' - the super limited edition and first time vinyl collection featuring rare live and studio tracks from his personal archives.This pressing is limited to 1,000 units on stunning 180 gram purple vinyl and housed in a brilliant cover featuring the late guitarist with axe in hand!Tommy Bolin fans and guitar enthusiasts will enjoy incredible live rockin' versions of favorites ''Post Toastee'' and ''Teaser'' as well as more rarities like his Energy track ''Sky Sail'' and a rare remix of ''Acoustic Jam Mix #1'' only found on this RSD collection.In his short time, Tommy Bolin fused the prog-rock and metal rock world completely with his guitar shredding, which has influenced many guitarists to this day. You not only get his hard rock work, there are also some quieter moments as he delivers the bluesy ''Slow Driver'' - another rare acoustic take never before on vinyl as well as his fusion jazz rock rocker ''Gotta Dance.'' Remastered by Joe Reagoso at Friday Music Studios and Ian Sefchick at Capitol Mastering, all tracks and artwork are authorized by the Tommy Bolin Archives.ROCK ON!!! 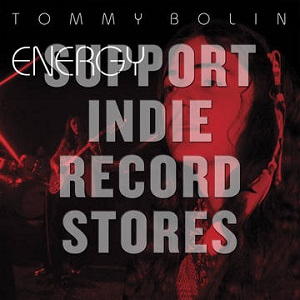