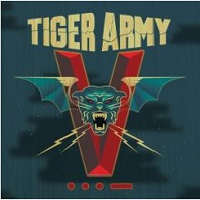 Fifth album from the Californina rock-a-billy influnced trio Tiger Army and we've been waiting  a long time for this!

Over the past 20 years, Los Angeles’ Tiger Army have made themselves a household name in the sub-culture and punk rock communities. They've toured the world over countless times, sharing the stage with Morrissey, AFI, Social Distortion and more. They've appeared on Jimmy Kimmel Live, and have headlined many punk rock / rockabilly festivals such as The Hootnanny. With four full-length albums, and three EPs, Tiger Army have sold over 430,000 albums to date. It's been almost ten years since their last release, but Tiger Army are back and stronger than ever with their heavily anticipated new album, "V". The album was produced by Ted Hutt (The Gaslight Anthem, Flogging Molly, The Bouncing Souls) and includes 13 tracks that showcase the band doing what they do best, fusing elements of punk, rock, and rockabilly. V is the album critics and fans have been hoping for.

Prisoner of the Night 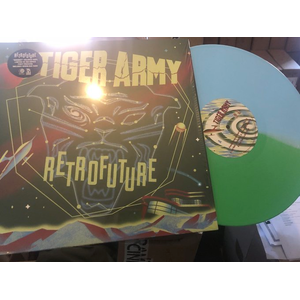