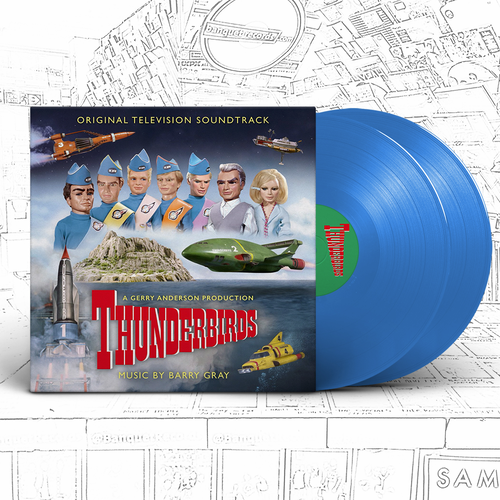 The album features 37 tracks from 19 episodes (series 1 and 2), including the Thunderbirds main theme and closing titles. The tracks were not programmed to follow the episode order but to achieve an integrated listening experience. The best bits of the sixties’ soundscapes are here. The Thunderbirds soundtrack is an effective time capsule as Gray’s music veers into British spy genre, Latin pop, exotica, urban jazz and military marches. Beautifully composed and conducted, the score reflects the moods of the scenes, from dangerous to romantic and no-nonsense to silly.

Barry Gray was a classically trained composer and a versatile musician, and was amongst the first composers to use electronic instruments in music for television. Best known for creating the music for most of the Gerry & Sylvia Anderson television series in the 1960's and 70's (Fireball XL5, Thunderbirds, UFO, Space:1999), Barry Gray’s complete musical opus is still not commercially available in its entirety.