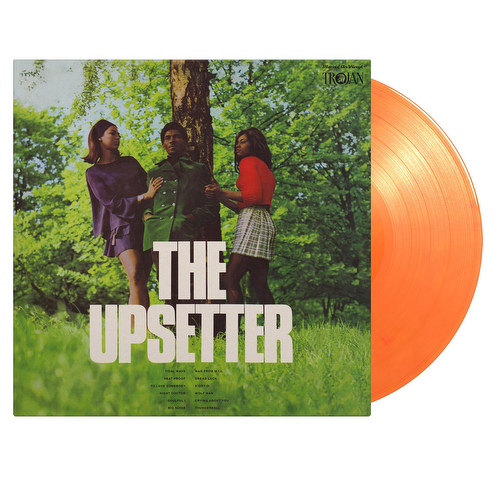 The Upsetter is a rocksteady, reggae compilation that was originally released in 1969 on the Trojan label. The album features early recordings by the iconic producer Lee Perry. Most of the instrumentals are by Perry’s studio band The Upsetters, but the recordings also feature vocal tracks by Busty Brown and The Muskyteers. The latter are also known as The Silvertones, but sometimes they recorded under the name of The Muskyteers. On The Upsetter they’ve recorded their version of Brook Benton’s Sixties R&B/pop song “Kiddio”.

The Upsetter is available as a limited edition of 1000 individually numbered copies on orange coloured vinyl.