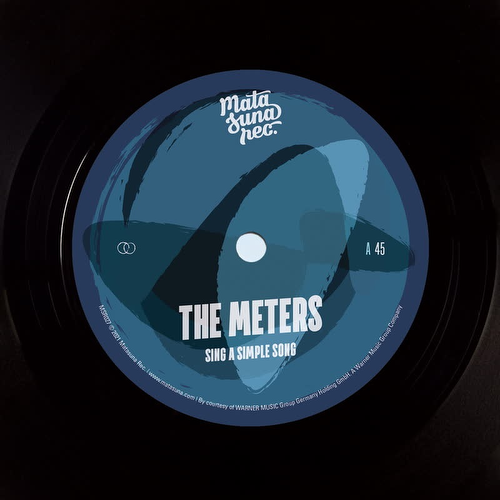 "Matasuna" brings together two important pioneers of funk on its latest release: "The Meters" from "New Orleans"and "The Watts 103rd Street Rhythm Band" from "Los Angeles". The song "Giggin' Down 103rd" by "The Watts 103rd Street Rhythm Band" was first released as a single in 1968 (as Misspress) and is now available again for the first time. The song "Sing A Simple Song" by "The Meters" even premieres as a 45! Both tracks have been remastered to offer the best possible sound.

The A-side opens with "Sing A Simple Song" by "The Meters", a cover version of a song by "Sly & Family Stone" written by "Sly Stone". In direct comparison, "The Meters" cover sounds much more energetic and powerful. The ingredients are simple but effective: heavy drum breaks, funky guitar riffs, deepe bassline and a lively organ. A killer instrumental joint that exudes roughness & funkyness from the first second to the last!

On the flipside "The Watts 103rd Street Rhythm Band" follows up in similar fashion with the song "Giggin' Down 103rd". Instead of an organ like "The Meters", the band offers a super thight horn section backed by killer drums, guitars & bass. A special spicy recipe that thematically fits perfectly for this Funk45!