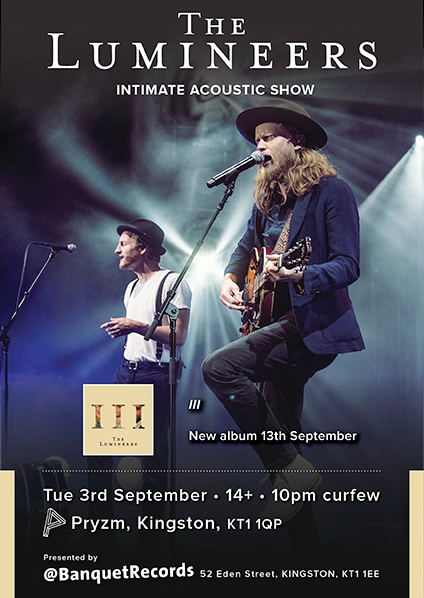 Just before the release of their new album, The Lumineers play an acoustic set at Pryzm.

The new album III is audacious: every note, every syllable, and every moment of silence in between is emotionally charged. In tone, the album is darker than anything the band have ever done. Mixing raw emotional themes with their ear-catching melodies, expressive vocals and their trademark acoustic sound, III moves masterly in artistic directions not yet travelled by the band.

Albums and tickets will be posted separately, the album's release date is 13th September.

More Items From The LumineersSee all 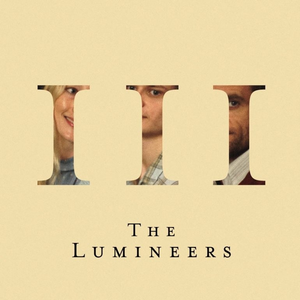 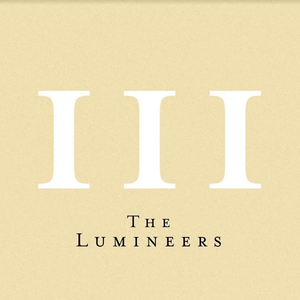 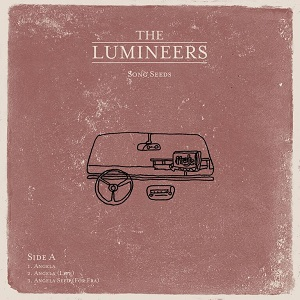