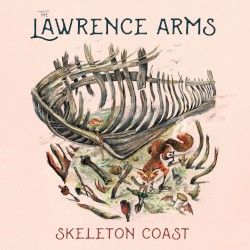 The seventh full length album from punk-rockers The Lawrence Arms.

The Lawrence Arms are a lot of things but predictable isn’t one of them. Since forming in Chicago in 1999—the trio of bassist/vocalist Brendan Kelly, guitarist/vocalist Chris McCaughan and drummer Neil Hennessy—have never broken up or become a nostalgia act, choosing instead to make albums that continually challenge the boundaries of their sound. In the process they’ve carved out a distinctive identity in the punk community that’s simultaneously gritty, beautiful, melodic and mutinous. Although it was written and recorded before the Coronavirus upended the world, the band’s seventh full-length Skeleton Coast sounds eerily prescient as it imagines an apocalyptic future where coyotes croon and wolf packs roam free. “For a band who has been around as long as us, this is about as urgent of a record as we could make,” Kelly explains. “It may be kind of dark but it’s really about searching for light in the darkness and finding it, as small as those moments may seem. That’s sort of where we’re at: Collecting the scraps of things that could make for a bearable existence in dark times.”

In order to get outside of their comfort zone, the band and longtime producer Matt Allison traveled to Sonic Ranch Studios, a recording compound surrounded by pecan orchards 30 miles east of El Paso, Texas, to record Skeleton Coast. “It was kind of like album camp in the sense that we were in this very remote setting for two weeks and really focusing on making the record. That was a very different experience for us because we’ve always made our records in Chicago which is home and all the things about home are in the way,” McCaughan, who currently lives in Portland, Oregon, explains. “We were really happy to have Matt with us because he understands our band and our process in a way that’s very unique. We’re a really weird band and he totally gets the eccentric qualities about us.” Like 2014’s Epitaph debut Metropole, Skeleton Coast was written by sending Dropbox demos between the members—and with just two weeks at Sonic Ranch to track the album there wasn’t time for ambiguity and the result is an album that’s layered without veering into overindulgence.

More Items From The Lawrence ArmsSee all 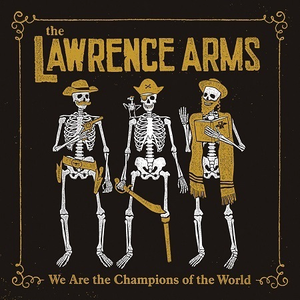 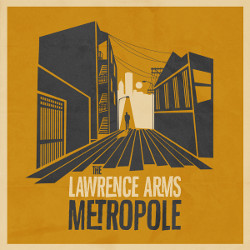