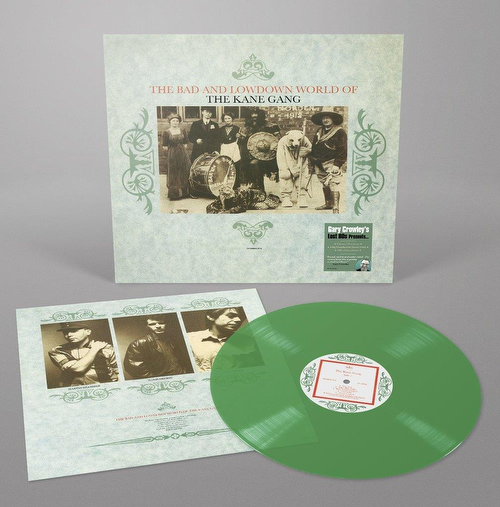 Demon Records is proud to reissue this album as part of the Gary Crowley’s Lost 80s project. This Classic LP reissue is presented on 140g translucent green vinyl.

The Kane Gang’s 1985 debut album was originally released on Kitchenware Records, where their label-mates included Prefab Sprout, Hurrah! and The Daintees. ‘The Bad And Lowdown World Of The Kane Gang’ reached #21 in the UK albums chart, and features 4 singles, including #12 charting ‘Closest Thing To Heaven’ and ‘Respect Yourself’ (#21).

Hailing from the North East, The Kane Gang consisted of vocalists Martin Brammer and Paul Woods, plus multi-instrumentalist Dave Brewis. They made their recording album debut in 1985 with this, their poised, stylish collection 'The Bad And Lowdown World Of The Kane Gang'.

“I am absolutely cock-a-hoop that it's being given a vinyl re-release under our GC Lost 80s umbrella because it's an album that I return to regularly. Signed to the uber-cool Kitchenware label, they were an under-rated band in my opinion whose distinctive sound saw them taking their cue from a raft of Soul Funk greats, and you can clearly hear that love right across the album. Produced and crafted lovingly by Pete Wingfield and featuring the likes of P. P. Arnold and Sam Brown on backing vocals, the album is chock-a-block with singles including the impressive ‘Small Town Creed’ (chart placing No. 60), the sublime ‘Closest Thing To Heaven’ (No. 21), the moody ‘Gun Law’ (No. 53), as well as a delicious cover of the Staple Singers’ ‘Respect Yourself’ (No. 21). I love the entire album but there are also other songs that also stand out for me. The Chic guitar driven joy of 'How Much Longer' and the dreamy, shimmering 'Crease In His Hat' being two cases in point. The band would later go on to enjoy success on the American Black R&B chart (which must have thrilled them personally to bits) and release an equally grand second album in 1987 in 'Miracle’.”