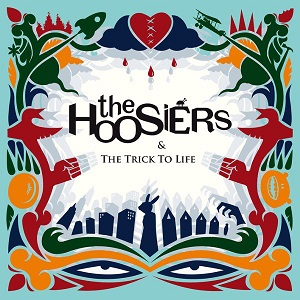 2007 saw The Hoosiers explode upon an unsuspecting public with their debut multi-platinum album 'The Trick To Life”, which reached the top of the album charts and spawned the indie-pop classics 'Worried About Ray' and 'Goodbye Mr A', which still pack out indie dance floors a decade later. Never released on vinyl, the band will be selling a new limited edition vinyl pressing and expanded 2CD edition of their debut when they undertake a huge UK tour that will see them play the album in its entirety, something they've never done before.

More Items Related To The Hoosiers