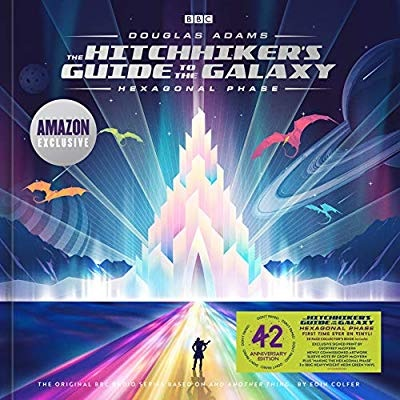 The Hitchhiker's Guide To The Galaxy

The Hitchhiker's Guide to The Galaxy - Hexagonal Phase

Triple LP neon green
£64.99
Add to cartBuy now
This item hasn't been updated for over a year. We believe the item to be in stock, but that might not necessarily be the case.

The last ever BBC radio series of The Hitchhiker’s Guide to the Galaxy makes its vinyl debut! Materialising in the lavish packaging style of the preceding five series (Primary Phase, Secondary Phase, Tertiary Phase, Quandary Phase and Quintessential Phase) the Hexagonal Phase will make its presence known to all humanity on heavyweight Neon Geen vinyl!

First broadcast in 2018, the Hexagonal Phase is based on Eoin Colfer’s And Another Thing..., the first - and, to date, only – official sequel to Douglas Adams’s original book series. This is also the first ever publication of the original radio edits of the Hexagonal Phase, as heard on their original Radio 4 broadcast.

Arthur Dent and friends are thrown back into the Whole General Mish Mash in a rattling adventure featuring Viking Gods and Irish confidence tricksters, taking in a rare glimpse of Eccenrica Gallumbits and a brief but memorable moment with The Ravenous Bugblatter Beast of Traal.

Starring John Lloyd as The Book, with Simon Jones as Arthur Dent, Geoff McGivern as Ford Prefect, Mark Wing-Davey as Zaphod, Sandra Dickinson as Trillian/Tricia McMillan, Samantha Béart as Random and Jim Broadbent as Marvin, with a guest cast including Jane Horrocks, Lenny Henry, Jon Culshaw, Mitch Benn, Ed Byrne, Toby Longworth, Professor Stephen Hawking and many more, with music by Philip Pope. Adapted, Directed and Co Produced by Dirk Maggs, based on the novel And Another Thing... by Eoin Colfer, with additional material by Douglas Adams.

Presented on 3 x 180g heavyweight neon green vinyl, and presented in illustrated wallets inside a rigid, bound 20 page book, including a perspective sleeve note by Geoff McGivern and a concluding overview of the series’ development by Jem Roberts, Adams’s official biographer. 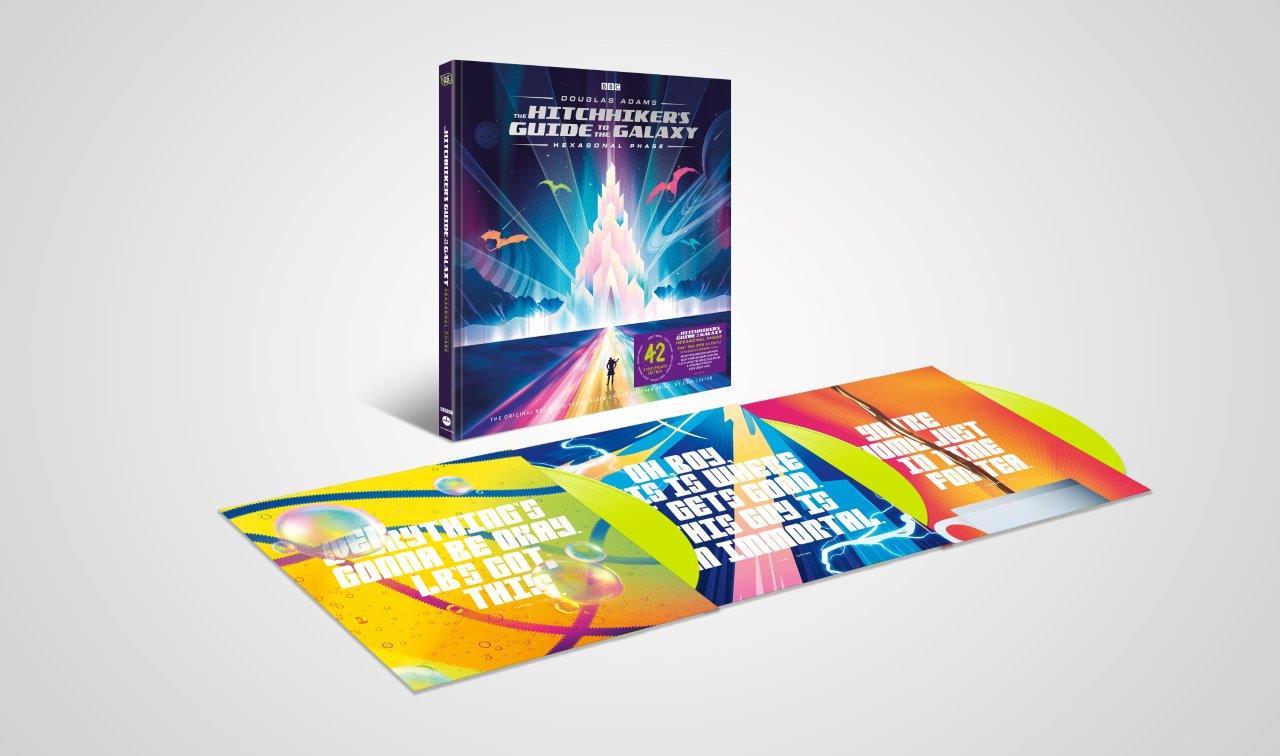 More Items Related To The Hitchhiker's Guide To The Galaxy 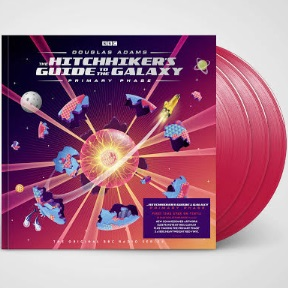