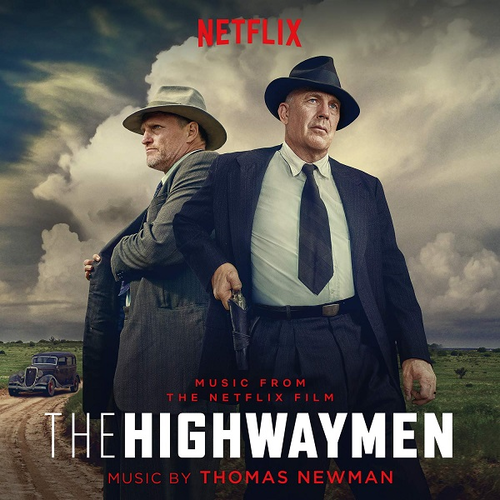 From director John Lee Hancock (The Blind Side), The Highwaymen follows the untold story of the legendary detectives who brought down Bonnie and Clyde. The movie is composed by the American film score composer Thomas Newman. Newman had a good working relationship with the film’s director Sam Mendes. Mendes has kept hiring Thomas as the composer for most of his films. Newman was an established and increasingly famous composer in the 1990s. He received Academy Award nominations, although he never actually won. Among his more notable works is the film score of the drama film “American Beauty” (1999), “Road to Perdition” (2002), “Finding Nemo” (2003), “WALL-E” (2008), and “Skyfall” (2012). As of 2017, he has been nominated 14 times for the Academy Award. He is the most nominated living composer to have never actually won an Academy Award. He has won a total of 5 Grammy awards.

When the full force of the FBI and the latest forensic technology aren’t enough to capture the nation’s most notorious criminals, two former Texas Rangers (Kevin Costner and Woody Harrelson) must rely on their gut instincts and old school skills to get the job done.

The Highwaymen is available as a limited edition of 500 numbered copies on blood red (transparent red) vinyl.