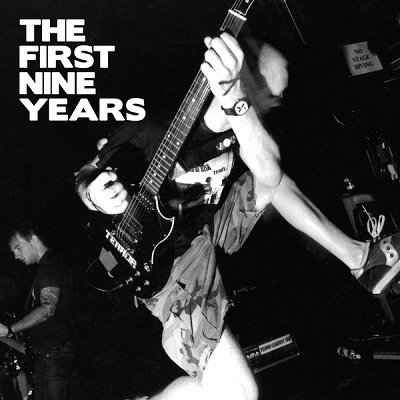 7" boxset
£59.99
Add to cartBuy now
This item hasn't been updated for over a year. We believe the item to be in stock, but that might not necessarily be the case.

The First Nine Years chronicles the modest beginning of the Bridge Nine record label. Launched in 1995 in a college dormitory as a way for its 19 year old founder, Chris Wrenn, to stay connected to his hometown hardcore music scene, the Bridge Nine label is now in its third decade of releasing 7” singles and albums for his favourite bands. This release collects 29 songs from the labels earliest period, circa 1995 until 2004. Spread over five 7” records, these 29 bands become the soundtrack to the 128 page companion book packed with many never before seen photos, telling the story of how the label got its start, how relationships forged in high school lead to its earliest releases, and how each band was connected to the next by a single degree of separation as Bridge Nine’s reach expanded from a few local bands to having one of the most actively touring rosters in the underground, building awareness for the label worldwide.