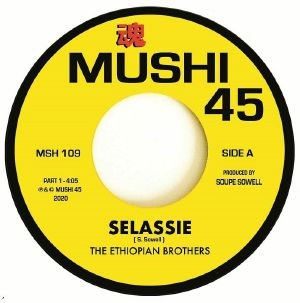 The first release from the Ethiopian Brothers, 2019's 'Ashadwa', was a brilliant slab of Afro-funk that many erroneously believed to be a long-lost classic. In fact, it was the work of a contemporary producer associated with Jalepeno Records. Regardless, the record sounded authentically old and dusty, as does this equally as inspired sequel. 'Selassie (Part 1)' sets the tone, with the producer and his session musicians serving up a righteous Afro-funk workout rich in Tony Allen influenced drum-breaks, flanged guitars, raw tenor sax lines and killer bass guitar. Even more righteous is the flipside 'Part 2' version that showcases more snaking sax lines and some seriously infectious, chant-like vocals. 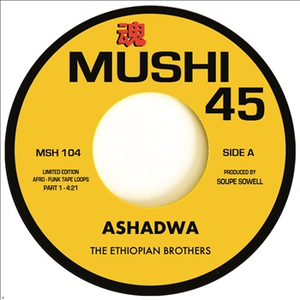