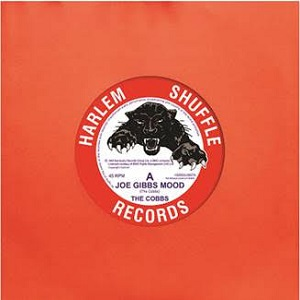 As a band, The Cobbs are virtually unknown but its members were in fact the Revolutionaries i.e. the 1970s CHANEL ONE studio band!

Initially released separately on Trojan‘s Amalgamated label in 1969 and never repressed since, these two organ driven wild instrumentals were produced by Joe Gibbs. These two rare tracks exemplify the Skinhead reggae style and are a prime example of the very best Boss Reggae instrumentals of the time.