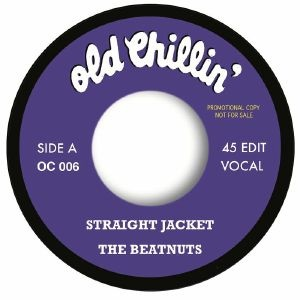 When it comes to classic hip-hop cuts, the Old Chillin' series of seven-inch singles has you covered. The mysterious crew behind the series has previously offered up gems by Big Daddy Kane, Nas and Cyprus Hill. Here they turn their attention to the bulging back catalogue of New York twosome the Beatnuts. Both tracks are taken from the pair's fine 1994 debut album. A-side "Straight Jacket" is a bona fide NYC hip-hop club classic, with the duo adding tight raps to a drowsy but dancefloor-friendly "Golden era" beat. Flipside "Get Funky" is a little more densely layered and laidback in tone, though it's still lively enough to suggest that it's worthy of regular club spins again.