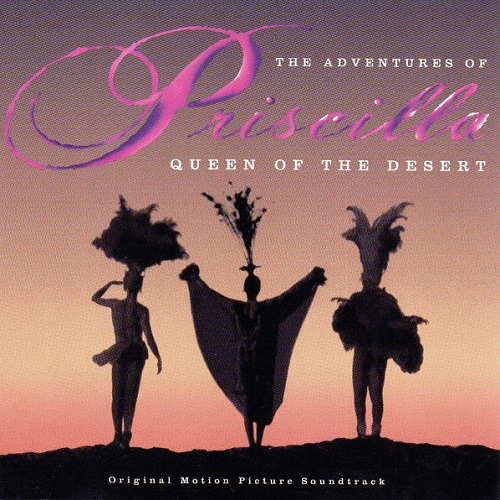 The Adventures Of Priscilla, Queen Of The Desert

Stephen Elliot’s 1994 film The Adventures of Priscilla: Queen of the Desert tells the story of two drag queens and a transgender woman, who travels across the Australian Outback in a tour bus that they have named “Priscilla”. The soundtrack is made up of popular pop music songs in the LGBT-community. Four of these songs were performed by the drag queens in the movie, namely “I’ve Never Been to Me” by Charlene, “I Will Survive” by Gloria Gaynor, “Finally” by CeCe Peniston, and “Mamma Mia” by ABBA. The four original versions are included on this soundtrack. The movie is hilarious and the soundtrack pure fun. Think about The Village People’s classic “Go West” and White Plains’ “My Baby Loves Lovin’” and you know this is one heck of a great record. The extra vocal mix tracks are a good example of how you’ll add some stunning versions to the whole.

The movie was a worldwide hit and with its positive portrayal of the LGBT-community it was both popular under the mainstream audience as with the LGBT individuals themselves. The film has been awarded with an Academy Award and AACTA Award for Best Costume Design.

The Adventures of Priscilla: Queen of the Desert 25th anniversary edition consists of extra’s which make the whole experience unforgettable. The package includes an exclusive poster, two postcards and an insert with tracklisting and credits. The soundtrack is available for the first time on vinyl as a limited edition of 2500 individually numbered copies on pink (LP1) and purple (LP2) vinyl. LP1 is a 33 RPM record, while LP2 is a 45 RPM record with extended versions of the original songs.

The Adventures Of Priscilla, Queen Of The Desert Various Artists