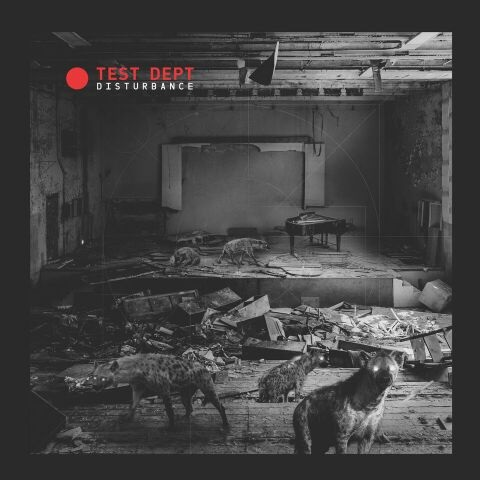 In an ideal world, Disturbance, the new album from industrial pioneers Test Dept, would not exist. It wouldn’t need to. Britain would not stand divided by xenophobia. Working class communities would not be under siege. Capitalism would not have created a climate change crisis pushing the planet towards a dangerous brink. And the Thatcherite ideals that Graham Cunnington and Paul Jamrozy spent Test Dept’s early years raging against would not be so terrifyingly back in political vogue.

Back in 1981, Cunnington, Jamrozy and a revolving door of talented artists from disparate disciplines and backgrounds formed Test Dept, forging an incendiary new sound from a squat in New Cross that made them underground heroes, landing the group under surveillance by the British government. 37 years later, on Disturbance, that sound is as incendiary as ever. “It began with a project to do with our archive,” recalls Cunnington.

It was the early 2010s and Test Dept had been dormant for years. The pair wanted to sort through Test Dept’s old recordings to “re-establish our history and get our music out there again” after record label red tape left many of their 14 albums out of print. When attention turned to the “next logical step of a new album”, an idea emerged – taking germs of ideas from old songs and turning them into new, sledgehammer- heavy sonic experiments full of powerful protest poetry. Politics had come full circle. It felt fitting to do the same with their music.

The result is an album that at once peers into the past and roars into the future, across eight tracks that conjure the raw power of Test Dept in their original, 1980s incarnation while adding new elements. “We’re different people now – not spring chickens anymore,” laughs Jamrozy. “We’re still angry but it’s tempered by a slightly different wisdom. We tried to upgrade the sound, to soup things up further.” “Art is not a mirror to reflect reality, but a hammer to shape it,” the poet and playwright Bertolt Brecht once wrote. It’s a mantra that continues to drive Test Dept. who return to their past on this eviscerating new album in order to move into a bold new future. They hope Disturbance can soundtrack a society doing the same.