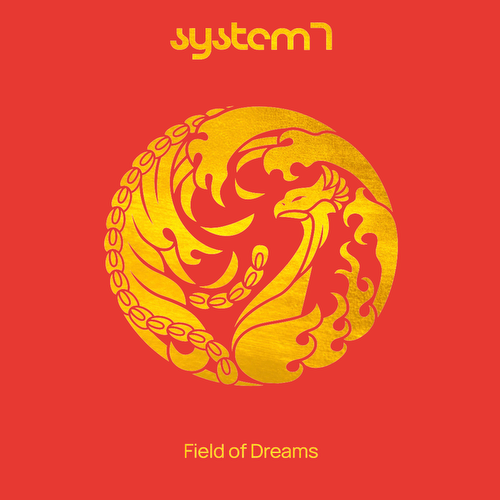 In 2018 System 7’s strong connection with Japan moved to yet another level with the release of a special System 7 branded sake? from the esteemed Aramasa brewery of Akita, Japan.

The concept of the sake? brewery’s president, and System 7 fan, Yusuke Sato was to release the sake? together with an included double CD, featuring new track that employs sounds and samples from the Akita region in the distinctive System 7 dance music style. This track is Field of Dreams. Field of Dreams is the first track of CD1, which follows on with a compilation of System 7 tracks personally selected by Yusuke Sato, and expertly DJ mixed by System 7’s Steve Hillage.

CD2 features a selection of remixes of Field Of Dreams by well-known Japanese dance music artists who are friends of System 7.

The sake? itself, which was produced in a limited edition of 3000 bottles, has all been sold – but the music of this release lives on in this release by A-Wave Records, in double CD form. The release will be accompanied by a video for Field of Dreams featuring beautiful and haunting images from Akita. Aramasa brewery has also collaborated with famed techno artist Richie Hawtin for his own Enter Sake? project.