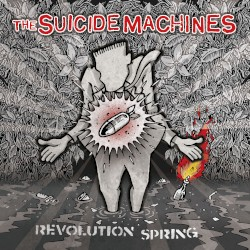 The seventh studio album from the Detroit-based punk-rockers The Suicide Machines, the band's first album in fifteen years.

"When the inspiration hit, we had the songs," Navarro tells Billboard. That happened about two years ago, he adds, when the group -- which formed during 1991 and released six studio album’s four for Walt Disney's Hollywood Records imprint -- came up with a small batch of new material. "Three of them were really good," the frontman recalls. "Then a couple months later we said, 'Let's try to write some more songs'...and we went on a writing streak and got 28, 29, 30 songs in and were like, 'Wow, there's more than enough for a really good record here'."

Revolution Spring takes the Suicide Machines in a different creative direction as well. The punk is still furious, and there are some politically minded screeds such as "Detroit is the New Miami" about global warming, the police violence protest "Bully in Blue" and "Flint Hostage Crisis" about the continuing issues there. But as the group's first release without co-founding guitarist and frequent songwriter Dan Lukacinsky, most of the album's 16 tracks are "pretty autobiographical," according to Navarro, chronicling his own journey from rebel, albeit with a cause, to an adult and parent with an evolved perspective on the world. 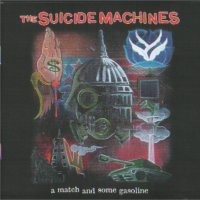 Suicide Machines A Match And Some Gasoline Side One Dummy CD