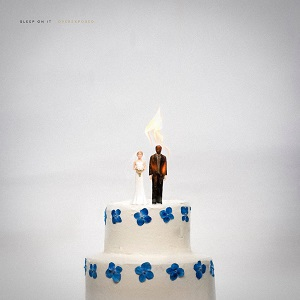 The debut album from the Chicago pop-punk group Sleep On It. Massive hooks for the fans of Knuckle Puck, Real Friends and State Champs.

“We started writing Overexposed before our last EP was released. We wanted to write a cohesive record that ebbed and flowed; we wanted it to tell a story. There’s a level of inherent fear and anxiety that accompanies the pursuit of whatever fills us with passion. We sacrifice the refuge of convention and make ourselves vulnerable in the process. We let go of and grew apart from, people in our lives for one reason or another. We also learned to hold on to the ones worth fighting for. “Distant” deals with that fear and anxiety of letting anyone close to us, while learning how to trust through our own self-aware vulnerability.”

More Items Related To Sleep On It