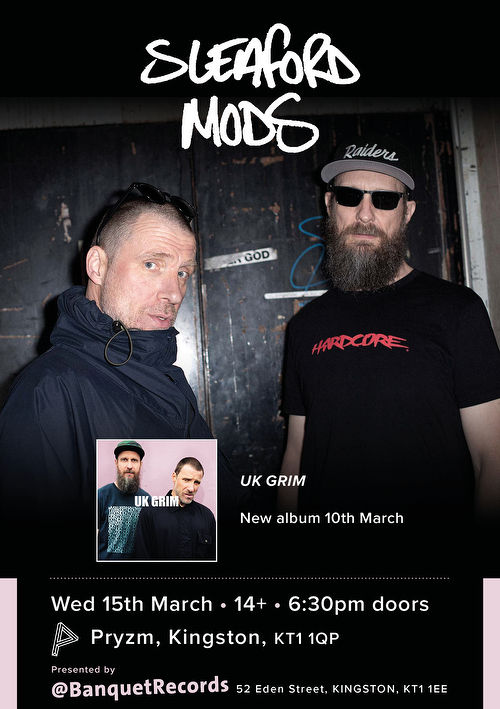 To celebrate the release of their new album, Sleaford Mods return to Kingston to play at Pryzm.

“The album was written during the non-event which was COVID and I’ve just got increasingly angrier with myself and everyone else,” said Williamson. “The energy of it is a lot more aggressive.”

Williamson described ‘UK Grim’ as a very natural successor to ‘Spare Ribs’ – an album that he said “still takes me by surprise” due to its success, critical response and Top Five chart placing.

“We knew the album was really good, but at six albums in you don’t expect that kind of reception,” he said. “Will this one hit the zeitgeist again? I don’t think so; it’s just us doing our thing on our own again. It hasn’t been carried by anything apart from perhaps the ultra-demise of any kind of reason in government politics. Perhaps in that sense, ‘UK Grim’ might strike a chord with people at their wit’s end, with people having to suffer these fucking idiots.”

Times TBC but we expect doors at 7:00pm with Sleaford Mods on stage at 8:00pm.

Pryzm is 14+ for this show. No under 8s, sorry. 8 to 15 year olds must be accompanied by a ticket-holding adult (18+). Those aged 16+ can attend unaccompanied. Over 18s should bring PHOTO ID (driving license / passport). 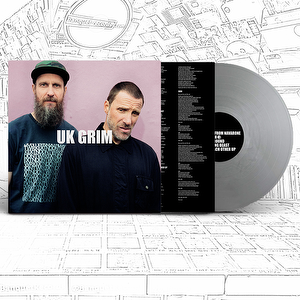 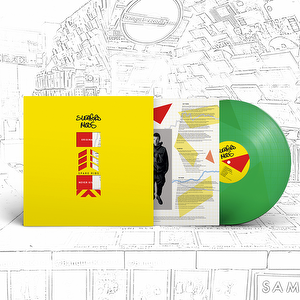