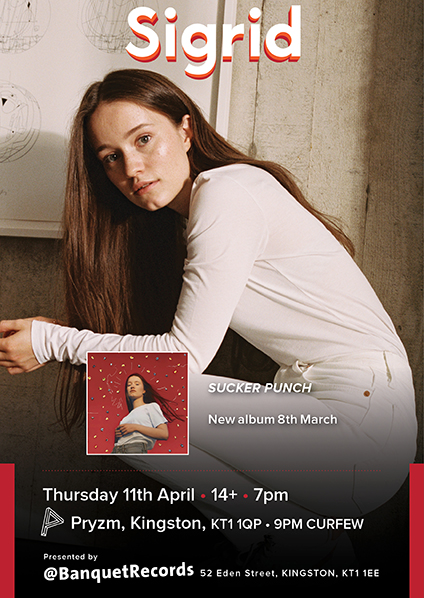 Ticket: these are limited to 2 per customer.

Following the release of her hugely anticipated debut album, Sigrid plays an all ages set at Pryzm.

This will be her first Kingston visit as she plays an all ages set at Pryzm as well as an 18+ show at New Slang in the same night. The debut album from the Norwegian pop prodigy is titled Sucker Punch and is full of energised electro-pop smashers and she's become a shop fave in the last few months. We're super excited and you should be too.

Sigrid’s defiant pop was catapulted into the public consciousness last year with the zeitgeist defining ‘Don’t Kill My Vibe’; the certified-Gold ‘Strangers’, A-List record ‘High Five’, critically lauded RAW EP and new single ‘Sucker Punch’. The pop prodigy has also been chosen to perform at the Royal Variety Show and Top of the Pops Christmas special, as well as supporting George Ezra and Maroon 5 in 2019.

Pryzm is all ages for this show - ticket holders under 14yrs of age must be accompanied by a ticket-holding adult 18+. 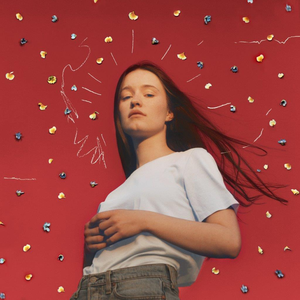