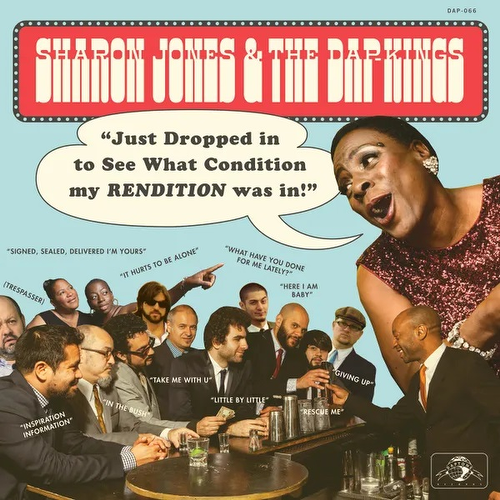 Just Dropped In (To See What Condition My Rendition Was In)

The new cover collection from the legendary soul-singer Sharon Jones & The Dap-Kings.

Throughout their career, Sharon Jones &amp; the Dap-Kings remained in high demand both publicly and privately to recreate and often re-imagine songs by other artists.

More often than not, these covers were recorded by request – commissioned for placement in movies, television programs, tribute albums, or for samples. This album compiles some of their most popular as well as never-before-heard renditions. Includes covers of Prince, Smokey Robinson, Stevie Wonder, Dusty Springfield...

Though the band has mostly built their career on a prolific catalog of originals, these forays into other artists’ compositions lay bare their gift for arrangement and the unmatched studio prowess that earned them their reputation as The Baddest Band in the Land.

More Items From Sharon Jones & The Dap-KingsSee all 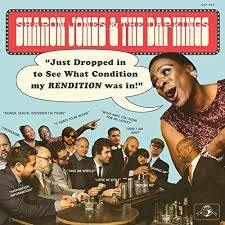 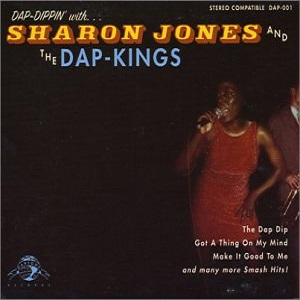