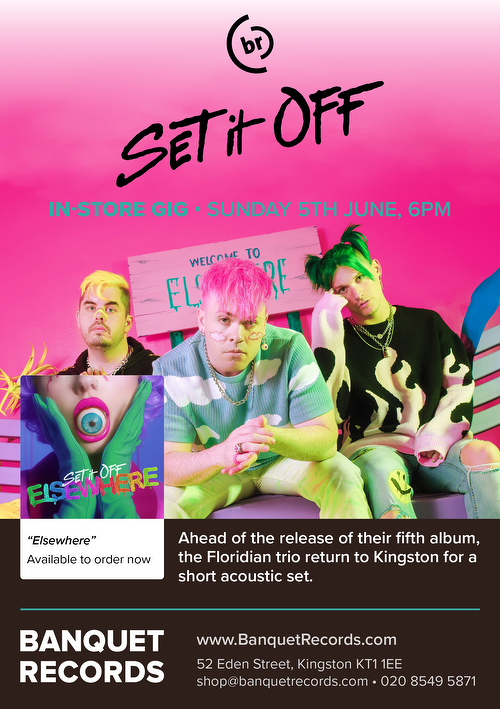 To celebrate the release of their new album titled 'Elsewhere', Set It Off visit Kingston to play a short acoustic set in Banquet Records.

From the time they were formed, Set It Off have never been your standard emo band. Or pop group. Or pop-punk band. They are all of those things and more. Just listen to the lead single “Skeleton” from their new album Elsewhere – moody, melodious pop-rock with fast rapping tearing up the break. The song is about embracing who you are unapologetically and without filters. “Skeleton” epitomizes Set It Off now – a group both fully committed to its roots and diving into its future by embracing inevitable change.

While the band’s full-length debut album ‘Cinematic’s in 2012 embraced their moodier rock side, later efforts took on an upbeat pop twist that culminated in a darker synergy of those styles on their last album Midnight. ‘Elsewhere’ is a transitional, moody, and forward thinking release, one in which they have faced their demons and come out happier and more full of life than ever before.

Priority will be given to anyone who orders a copy of Elsewhere from us.

More Items From Set It Off 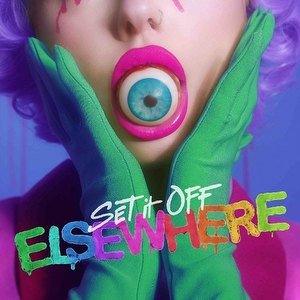 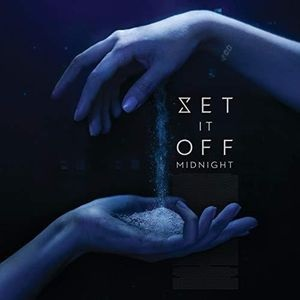 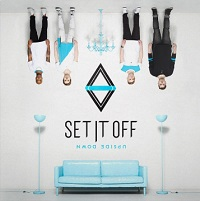 Set It Off Upside Down Rude CD | LP
Set It Off Sunday 5th June at Banquet Records, 6:00pm