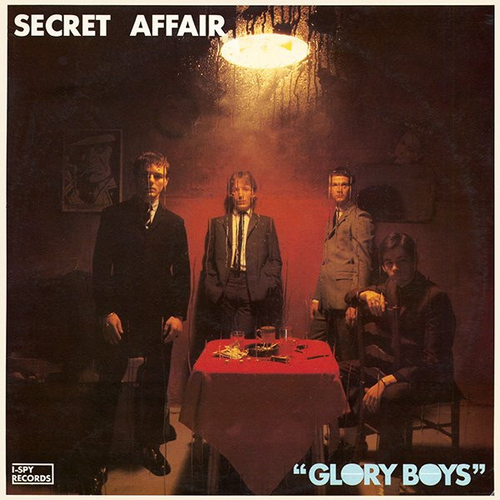 The Mod revival band Secret Affair recorded several promising singles and albums between 1978 and 1982. Their 1979 debut album Glory Boys features hits like “Time For Action” and “Let Your Heart Dance”. The UK was in  the grip of the mod revival, and Secret Affair brought a very unique style. Besides the vocals of Ian Page he also added his trumpet to the different songs. They recorded both own material as covers like “Going to a Go-Go.” (the Miracles) for the album. The album’s centerpiece, “Glory Boys”, became the movement’s anthem for youth across the nation.

Glory Boys is available as a limited 40th anniversary edition of 750 individually numbered copies on transparent vinyl. The package includes an insert.