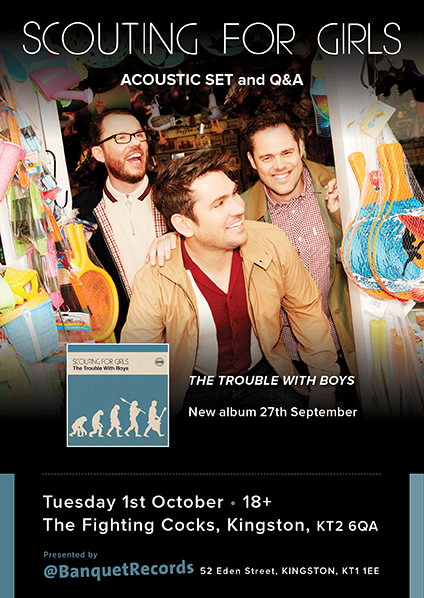 Following the release of their new album titled The Trouble With Boys, Scouting For Girls return to Kingston for a Q&A + acoustic set at The Fighting Cocks.

It marks two years after officially marking a decade since the release of Scouting For Girls' unstoppable million-selling eponymous self-titled debut album. The band are now back with 'The Trouble With Boys', consisting of unmistakable pop anthems set to have fans all over the world singing along in unison.

CD/ticket is £12 post-paid, and other formats and combos will be available. Tickets and albums will be posted together, the album is released 27th September. 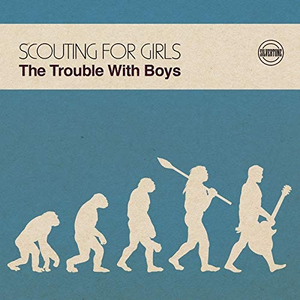 Scouting For Girls The Trouble With Boys   CD | LP