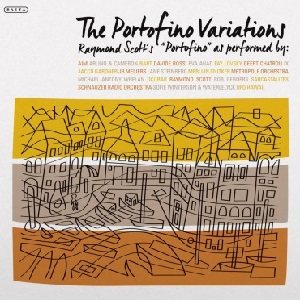 Double LP
£21.99
Add to cartBuy now
This item hasn't been updated for over a year. We believe the item to be in stock, but that might not necessarily be the case.

1962 was the year Raymond Scott composed and recorded Portofino in many different arrangements. However, no recordings were released until Basta did include two versions on Manhattan Research, Inc. [MOVLP1855] The track became one of Scott’s most popular electronic compositions: The track was recently featured in the Netflix hit-series Narcos (S2E10), opens the documentary “Best Of Enemies” and underscored a recent Gucci ad campaign. Hundreds of videos on YouTube and Vimeo use this composition as a soundtrack. So like with many of Scott’s compositions underscoring countless WB’s cartoons, chances are one has heard this tune without realizing it was Scott’s music.

On this album “Portofino” is interpreted by 20 artists, each version uniquely arranged, recorded and produced in an array of styles: surf guitar, whistling, electronica, chamber ensemble, minimalism, pop, rock guitar, and scat vocals. There are even two song versions with original lyrics, as well as two Scott original recordings that are only present on this vinyl version.

The album features contributions from none other than Fay Lovsky, Jacco Gardner, JB Meijers (Common Linnets), Aim, Arling &amp; Cameron, Metropole Orchestra and Davide Rossi, who worked with Goldfrapp, Coldplay, The Verve and many more. A couple of other artists make their recording debut on the album.

The result is a nice blend of recordings, with so much variation; it’s easy to forget sometimes one is listening to the same composition. The album cover art was adapted from a 1962 unpublished painting entitled “Portofino” by noted artist/illustrator James (Jim) Flora. The original Flora painting is reproduced in the LP’s gatefold. 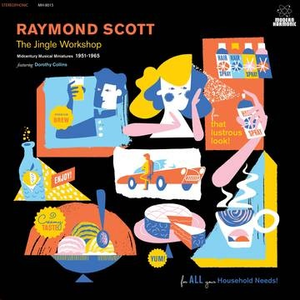