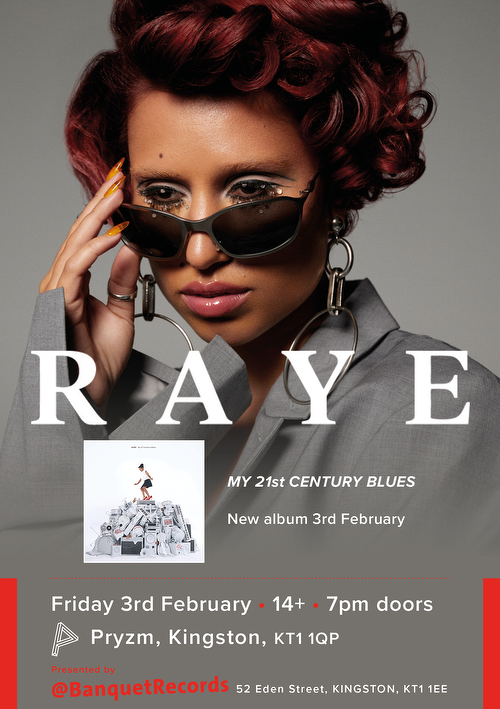 An additional Raye gig has been added. Tickets here

Marking the release of her anticipated new album 'My 21st Century Blues', RAYE comes to Kingston to play Pryzm.

Four times Brit nominated, Raye returns with My 21st Century Blues. This is Raye part two. It's Raye on her own terms. It's the Raye of old, but reloaded. These are songs made by Raye, for Raye, but within that they're for everyone who has faced and overcome adversity. They're also anthems for other women in the industry, or stuck in a cycle of misogyny. 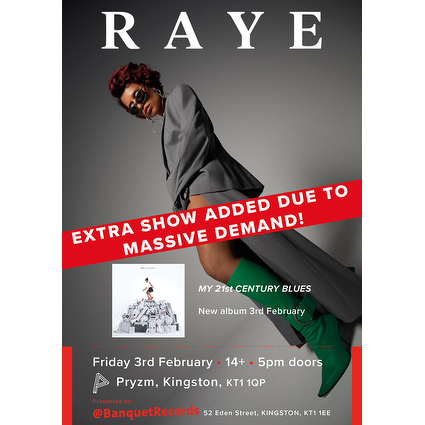 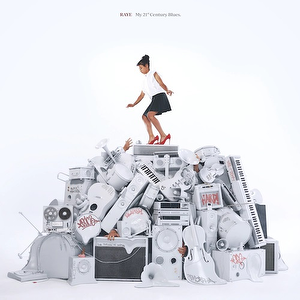 The Beatles Let It Be Apple