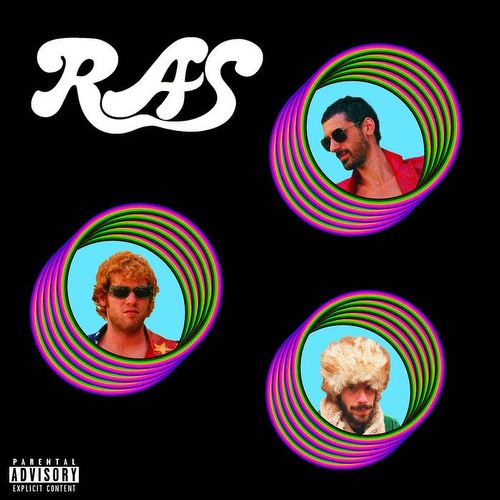 Based in Berlin via rural Israel, RAS are comprised of of multi-instrumentalists and producers Dekel Adin, Eden Leshem, and Guy Gefen. They came together as RAS in 2018; a deep appreciation of international sounds that cross common ley lines has resulted in a melting pot of influences. Armed with vintage drum machines, guitars, synths, bongos and a Tascam Portastudio 424 tape machine, they quietly released this eponymous debut album in early 2019.

RAS’ creative palette is relatively minimal, opting to work with a toolkit of analogue instruments and improvisational recording styles. Mixing surrealism, in-jokes and nonsensical word patterns, their lyrics are sung in Hebrew. The vocals are there to support the music, acting as another instrument in the overall sound.

Dekel, Eden and Guy managed to create an intricate balance between lofi soul and brighter mediterranean leaning club-jams, ending up with a record we might mistake as a lost treasure of the early 90’s.??A record that perhaps has an unconscious connection to the past, but more importantly to an onward looking story of friendship and a musical journey which has spanned many continents throughout the last ten years.