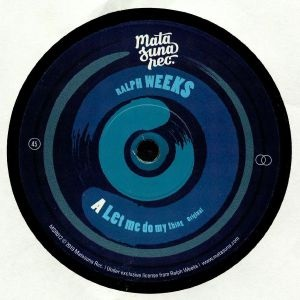 Let Me Do My Thing

According to the South American music specialists at Matasuna Records, Ralph Weeks' 1971 single "Let Me Do My Thing" - recorded alongside backing Los Dinamicos Exciters - is arguably the most sought-after Panamanian soul record around. As this reissue proves, Weeks' original version is rubbery, heavy and rousing, with the singer's rasping lead vocal soaring above a weighty backing track that sounds like a breezier take on the New York boogaloo sound. On the flip, Voodoocuts tools it up for modern dancefloors, underpinning his club-ready edit with punchy new drums that give the cut more of a breakbeat style swing.