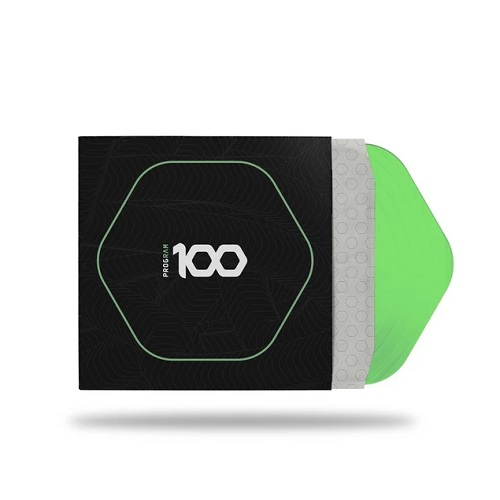 The landmark 100th release from Program has finally arrived; following the sampler, fan’s appetites have been whetted for the limited edition, fluorescent green 10” hexagonal vinyl release. Including names which helped the label’s rise and those who have enabled it to stay as one of the defining underground imprints of the contemporary market.

Program’s commitment to emerging producers is still displayed across the vinyl track listing which includes the notorious LoKo - ‘Bassline Secret’ rework from Skantia, as well as the Calyx & Teebee remix of ‘House of Cards’. Eastcolors gives his lush roller ‘Toys’ the VIP treatment and MD delivers the heat with his beloved stepper, ‘CriNimal’.

PROGRAM100 is a very special release that highlights another step in the progression of Ram’s sister-label, nearly a decade in the making.

So once again… It’s time to get with the Program.