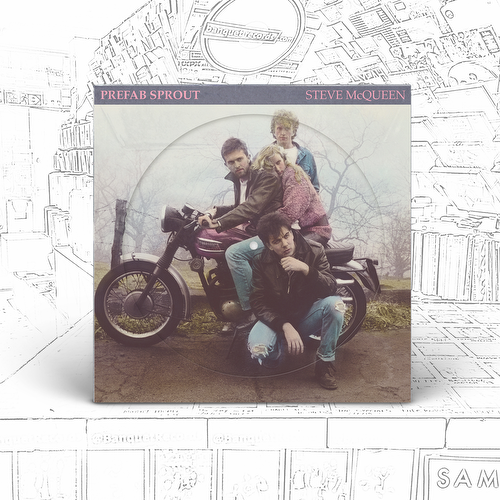 Long considered a classic, the album was issued in North America as 'Two Wheels Good' and features the singles 'When Love Breaks Down', 'Appetite', 'Faron Young' and 'Johnny Johnny'. The album was mostly produced by Thomas Dolby.

This is the first time Steve McQueen has been issued as a picture disc.

More Items From Prefab SproutSee all