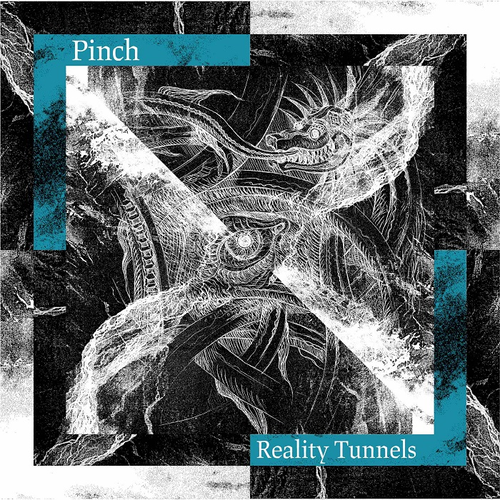 On June 26th the influential Bristol figurehead Rob Ellis AKA Pinch will release his first solo album 13 years, via his own label, Tectonic.

‘Reality Tunnels’ is a concept that was originally introduced by Robert Anton Wilson in his 1983 book ‘Prometheus Rising’. In essence, the concept of a reality tunnel relates to an idea on how we create our own perspective – the subjective filter that we each apply to the world around us; the things we perceive and what our consciousness deems worthy of attention, IE what we see and hear is entirely relative to what we do not.

At points angular and uncompromising with levels in the red, frequencies pushed out and EQ curves stretched into strange new shapes, Pinch mixes both low and hi fi on this boldly distinct sonic statement. It sees him flexing years of production skills – but unconventionally so – knowing well that safe predictability and rounded polish don’t get the most interesting results.

Dark trip hop Bristolia segues into blistering jungle on album opener ‘Entangled Particles’, before planet-hopping onto the spiky insidious grimestep of ‘All Man Got’, featuring the rugged rasp of OG warhorse Trim. Beginning a triptych of future techno, ‘Accelerated Culture’ offers the album’s most relatively straightforward moment, albeit one of scorching, anthemic dancefloor heat. Delving deeper into the vortex is the synapse sparking wobbler ‘Returnity’, before ‘Finding Space’ reaches to the cosmos’ far-flung, glowing outlands.

Back to an urban reality is ‘Party’, where a subtly menacing sense of dread is ignited by Killa P’s incremental flow, which ramps-up and pairs-back the intensity in unexpected ways. Still moving freely between different realities, ‘Back To Beyond’ is beautiful gloaming ambience, executed with equal fine-tuned grace as the genre’s masters.

Jamaican vocalist Inezi lends sweet tones to the slow burning, roots-meets-modern-bass spiritual ‘Change Is A Must’, and on ‘Non-Terrestrial Forms’ an atmospheric, misty steppers intro segues stealthily into fiercely dystopian, amen- fuelled jungle tekno; marking one of several surprise attacks on the album, where a subtle-slight-of hand shoots the intensity level dynamically up.Closing as it begins, the album is bookended by a piece that recalls the dark, intricate soundscapes of Massive Attack’s ‘Mezzanine’ and Tricky’s ‘Maxinquaye’ – found here in ‘The Last One’s scorched, smoky rocker.

Hit the vinyl double pack for an exclusive and quite unique sounding 120bpm glitchy techno roller featuring man like Trim once again and live cello recordings. 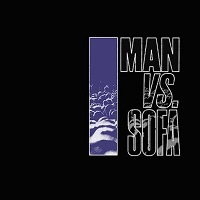 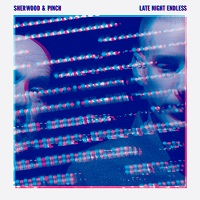 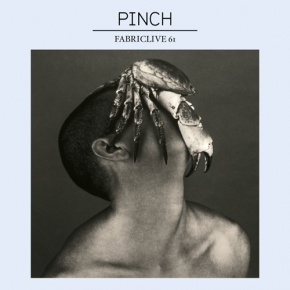