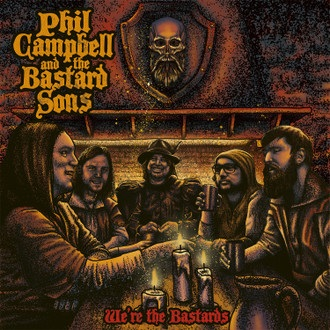 Phil Campbell And The Bastard Sons

There is no easy course to triumph and glory in rock’n’roll. Even for bands with a natural gift for making the ground shake, hard work and many gallons of blood, sweat and tears go into making the magic happen. Even then, it’s always down to the people to decide who rocks and who doesn’t. And the people have declared that PHIL CAMPBELL AND THE BASTARD SONS are the real fucking deal.

Formed in the aftermath of MOTÖRHEAD’s dissolution, following the death of Lemmy Kilmister in 2016, PHIL CAMPBELL AND THE BASTARD SONS were always going to draw a crowd at any discerning rock or metal festival. Led by one of the genre’s most respected guitarists and completed by his sons Todd (guitar), Tyla (bass) and Dane (drums) and powerhouse frontman Neil Starr, the band emerged onto the 2017 touring circuit powered by a huge amount of good will, a smattering of MOTÖRHEAD covers and a handful of new songs that crackled with passion and swagger. Landing themselves a prestigious support slot on GUNS N’ ROSES 2017 summer stadium run, the BASTARD SONS hit the ground running.

“Phil could easily have done something else,” says Neil Starr. “He could’ve joined another band or even just stopped, but he wasn’t daunted by the prospect of starting another band because it didn’t make any difference to him – he just wanted to enjoy playing music with his sons. Even when he was still in MOTÖRHEAD, he really enjoyed playing music with his sons. So really, from the start, we’ve just done our own thing and enjoyed it.”

Whether it was the promise of hearing a few old Lemmy gems or simply that PHIL CAMPBELL AND THE BASTARD SONS were too good to ignore, the response to those early shows was uniformly ecstatic and extremely rowdy. By the time the BASTARD SONS released their debut album, “The Age Of Absurdity”, in January 2018, this honest rock ‘n’ roll enterprise had organically blossomed into a pretty big deal. The album garnered widespread great reviews, picking up a trophy for ‘Best Debut Album’ at Metal Hammer Germany’s 2018 awards “It’s been amazing how much people have enjoyed the songs,” Starr grins. “We basically wrote the album we wanted to write. We had no preconceptions, we just wanted to write good songs. We’ve never had any expectations, so maybe that’s liberating in a way. We’ve just written some songs, played some shows and had a good time. We knew people would check us out, but we’ve seen over the years that people are there for our songs as well. At the start, I guess a lot of people came to hear MOTÖRHEAD songs, but now they’re singing all the words to our songs and that’s great. So we have that backbone of support there.”

More Items Related To Phil Campbell And The Bastard Sons 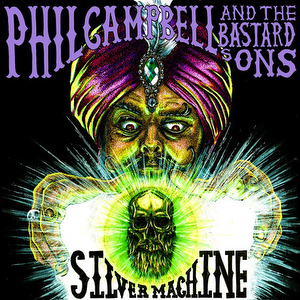 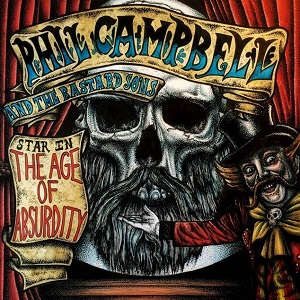