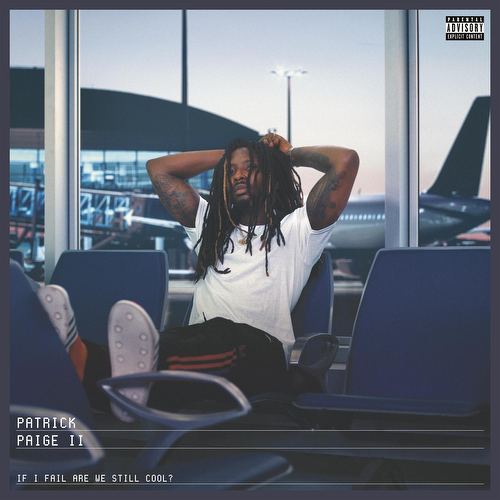 If I Fail Are We Still Cool?

Long before Patrick Paige II knew how to rip bass, he knew he wanted to fly. “Since I was little I was obsessed with aviation,” he recalls. “I wanted to be in the airforce until I got older and more conscious - no, I don’t wanna drop bombs on people for no fucking reason. But flying was an obsession that started young.” It’s a fixation that permeates his forthcoming sophomore album If I Fail Are We Still Cool, a collection of tenacious affirmations stitched together with in-flight interludes and an unshakable sense of ascension.

Born and raised in Los Angeles, music became a part of Paige’s life from the get-go, as he learned the upright bass in middle school while playing the drums at his church on the weekends. Through their mutual friend Robbie, he met a kindred spirit and collaborator in Syd Bennett shortly after graduating high school in 2007. Bennett asked him to play bass in her new band, later known as The Internet. The rest - four critically-lauded albums, multiple world tours, Grammy and BET Award nominations, and collaborations with the likes of Kaytranada, Tyler the Creator, Janelle Monáe - is history.

As the band grew, so did Paige as a solo artist. In May 2018, he put out his debut album Letters of Irrelevance. While on the road later that year with The Internet touring Hive Mind, Paige needed a way to further set his own intentions. What initially began as the makings of an EP quickly amassed into something more like a revelation, featuring the likes of Steve Lacy, Syd, Westside McFly, Saba, Ohana Bam, and Forte Bowie.

Yet for all its surrounding community, the album remains an inherently individual journey, one that only Paige can take. If he’s already introduced us to who he is as a bassist, and later as an artist, then If I Fail Are We Still Cool introduces us to Paige as a human, with all his vulnerabilities and insatiable ambition

Patrick Paige II If I Fail Are We Still Cool?