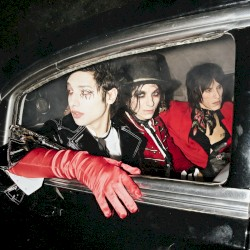 The third album from the art-punk-rockers Palaye Royale.

Palaye Royale pack a heftier wallop with thundering, stomping electro-rock that makes itself known on opener Little Bastards, and often on this album. This is swiftly followed by the Stone Age riffing of Massacre, The New American Dream, which pushes waspish guitar stings and primal beats firmly into the red. New tricks picked up from touring with Marilyn Manson and Rob Zombie, perhaps, but it’s indicative of the maximalist mindset at play across these 14 tracks.